Intrigue, Interconnectors, and the need for inertia in the UK: 5 mins with Limejump’s Rob Sherwood

How can National Grid manage inertia in the short term, and what are the actions in play as a result of the August 9th blackouts? That’s the hot topic in the industry right now, and we discussed the options available with our Head of Trading and Operations, Rob Sherwood.

Rob, we’ve heard a lot about the rapid frequency dip that played a role in the blackouts earlier this month. What options does National Grid have to prevent it from happening again today?

One of the foremost industry conclusions from analysing the data is that we are sailing a little too close to the wind with inertia management and this is only going to become more pressing as we bring more non-synchronous sources onto the system to reach the UK’s coveted net-zero targets. 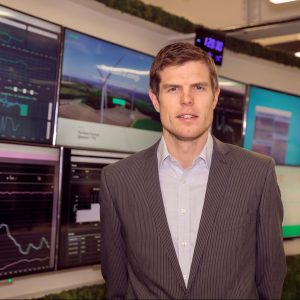 However, the current options available to National Grid are limited and generally have the effect of distorting the wholesale markets. The preferred stop-gap solution is actually quite an intriguing approach. The idea is to increase system inertia by trading back imported power on the HVDC interconnectors. This means the UK is forced to generate more power domestically rather than import the cheaper (and generally cleaner) power from Europe. This not only raises obvious market efficiency questions but also potentially increases UK emissions; both are issues that National Grid are likely eager to redress. This is especially prescient given the prospect of a no-deal Brexit scenario.

Why is this a short-term option?

Recently National Grid have (understandably) ramped up the volumes traded on the interconnectors as a reaction to the events of August 9th.

Reducing import volume on the interconnectors has a two-fold effect: it reduces the largest ROCOF-inducing loss and also allows more synchronous stations to generate. This means the UK consumer is paying for more synchronous (and potentially dirty) generation and selling this power to Europe. Basically, the power element is flowing to Europe, and we are left with carbon emissions and inertia. It’s at odds with our zero-carbon aspirations, and there are plenty of other ways to bring more inertia on to the system, but none yet are as cost-efficient.

Are there any other issues?

Yes. Big ones. Currently, the UK is not a part of the continuous intraday implicit market called XBID; this allows the capacity on the interconnectors to continue to be auctioned explicitly so the counterparties that National Grid use to trade can nominate flow against the market spread. When the UK moves to intraday implicit trading, this option will no longer be available to National Grid.

This action is not sustainable and distorts the wholesale markets; National Grid are forcing flows that go against the wholesale market spread: i.e. when it would be cheaper to buy power in France, we are instead selling more power to them just so we can increase inertia.

As a result, UK power prices are being held artificially higher than they would normally be, and the continent is getting more cheap power than it would in a true, economically representative and efficient market.

The biggest issue here is if interconnector trading is not available, what is the alternative? Well, that would be turning down or off other sources of non-synchronous generation. As solar is not available for National Grid to instruct, this would mean turning off gigawatts of wind and syncing gas generators instead. I don’t think I need to detail here all the issues with doing this.

We can deliver this with robust technology-led solutions that don’t lead to any reliance on interconnector actions.

This market would allow wholesale prices to react to true supply and demand fundamentals, without the interaction with system security measures such as inertia.

There are a lot of companies in the market poised ready to support the development of such a market in the UK – but for now, it’s down to National Grid to make the first move.