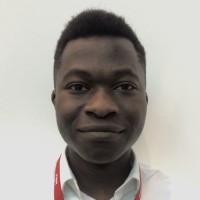 The UK is approaching the toughest winter on record for energy consumers and key stakeholders in the power industry. As we look to the next couple of years, key deliverables and actions are already in progress. The UK is building more renewables and cleantech infrastructure with the goal of lowering bills and creating a low-carbon grid that is both resilient and ‘ours’. This blog takes a look at the role batteries will play in an increasingly renewable generation stack, and how Limejump offers support and guidance to battery storage asset owners and developers from ideation through to optimisation.

Getting the most from the renewables stack

Over the past two decades, the UK’s electricity grid has undergone substantial change in the way it generates power. Across our four nations, we now have thousands of solar panels covering all types of irradiated surface. Wind farms, too have grown in number, despite facing onshore planning and develop restrictions over the past few years onshore. The growth in this clean, intermittent form of power will push out its fossil-derived counterpart produced by coal, oil and natural gas. This has been largely welcomed; however, we know much more needs to be done to reach the UK’s ambitious net-zero targets. As an island with proximity to the North Sea, we’ll build more wind – 50GW more according to the latest British Security Strategy. But demand for power will also increase as industry and transportation undergo further electrification. The transmission network will need to adapt to these fundamental changes and the rise in volatility caused by both supply and demand. Grid-scale battery technologies capable of responding within seconds of a disturbance will become increasingly valuable as they shift energy to high demand periods and make up shortfalls caused by intermittent renewables. Despite this ‘seeming’ inevitability, batteries requiring millions of pounds of investment will need guaranteed grid connection capacity and clear price signals before they are deployed. This is where optimisers – who manage the charge and discharge of battery assets – are key. Limejump, in particular, is uniquely positioned to fully support a developer’s battery project throughout its life from inception through to its retirement.

Throughout the origination and development process, our in-house Engineering & Operations team are on hand to provide advice on the key technical aspects of the project, often advising developers in areas such as maximum cycle rates and State-of-Charge (SoC) limits. Expert guidance is also regularly given on site design to ensure that assets meet the numerous and stringent technical requirements to participate in different Ancillary services. Notably, our Engineers re-designed and implemented the metering solution for the 100MW Minety battery to allow it to enter Dynamic Containment.

Prior to and during operation, our engineers install and maintain control panels and additional proprietary hardware on site, which are needed to communicate with and control the battery remotely. When taking on existing assets, the team conducts a thorough site review, going the extra mile to evaluate the true health and safety of the batteries we optimise. This is performed promptly to get the site up and running on our systems but diligently to safeguard the longevity of your asset. Remedial activity may need to be taken and we work with the owner’s selected O&M provider, equipment manufacturers and EPC to put a detailed plan into place. Such is the friendly and collaborative nature of our engineers; they go the extra mile to support and lead on other key activities too and can discuss other capabilities they have within their team to ensure assets achieve their ‘go-live’ date.

Limejump was founded in 2013. Since then, the company has been a force for good, not least in providing routes to market (RtMs) for renewables and battery storage assets. Following the company’s acquisition by Shell in 2019, Limejump has had this position strengthened. With our parent company’s strong financial backing and creditworthiness, we can jointly offer a variety of commercial structures depending on our client’s risk profile and financing requirements. Our stellar RtM credentials are exemplified by the ongoing optimisation of the Minety asset, currently Europe’s largest operational grid-scale battery and the most recent 88MW portfolio to be added to our platform owned by SSDC Opium Power.

Limejump has long been a market leader in developing innovative solutions within the renewables and battery space, not only were we the first to successfully optimise the largest battery to date into Dynamic Containment but before that we were the first to bring batteries to the BM too. Supported by our Regulatory team, our traders and software engineers gain advanced notice of new services and/or changes and developments to the procurement of existing products. This allows us to respond to a changing product landscape and promptly adapt our scheduling capabilities and safeguard, where appropriate. Not all assets can participate in every market from Day one, so our Engineering team work closely with customers to ensure that their asset(s) capabilities are safely and rapidly expanded to take advantage of all potential revenue streams.

This short insight is to emphasise the growing need for batteries and to highlight some of the capabilities we provide when you entrust your asset with us. Being an optimiser is first and foremost about generating profit through the charge and discharge of a battery but as eager and passionate custodians of your asset, we believe it should mean so much more.

To find out more about our end-to-end battery optimisation offering that we provide, please don’t hesitate to reach out.

The past, present and future of battery…

The Battery Energy Storage Systems (BESS) market in the UK is building momentum. Due to…