It would be fair to say that Q3 2021 was potentially the most volatile quarter the UK market has ever experienced. The ‘gas crisis’ impacted the power market to such an extent that the UK’s grid heavily relied on both gas and coal to keep the lights on, not to mention the demise of a number of energy suppliers.

There were a number of factors that played a role in the chaos that the market witnessed, most of which our team of experts will highlight in this quarter’s report. There has also been a flurry of regulatory consultations and reports that came out just before the summer recess and COP26. 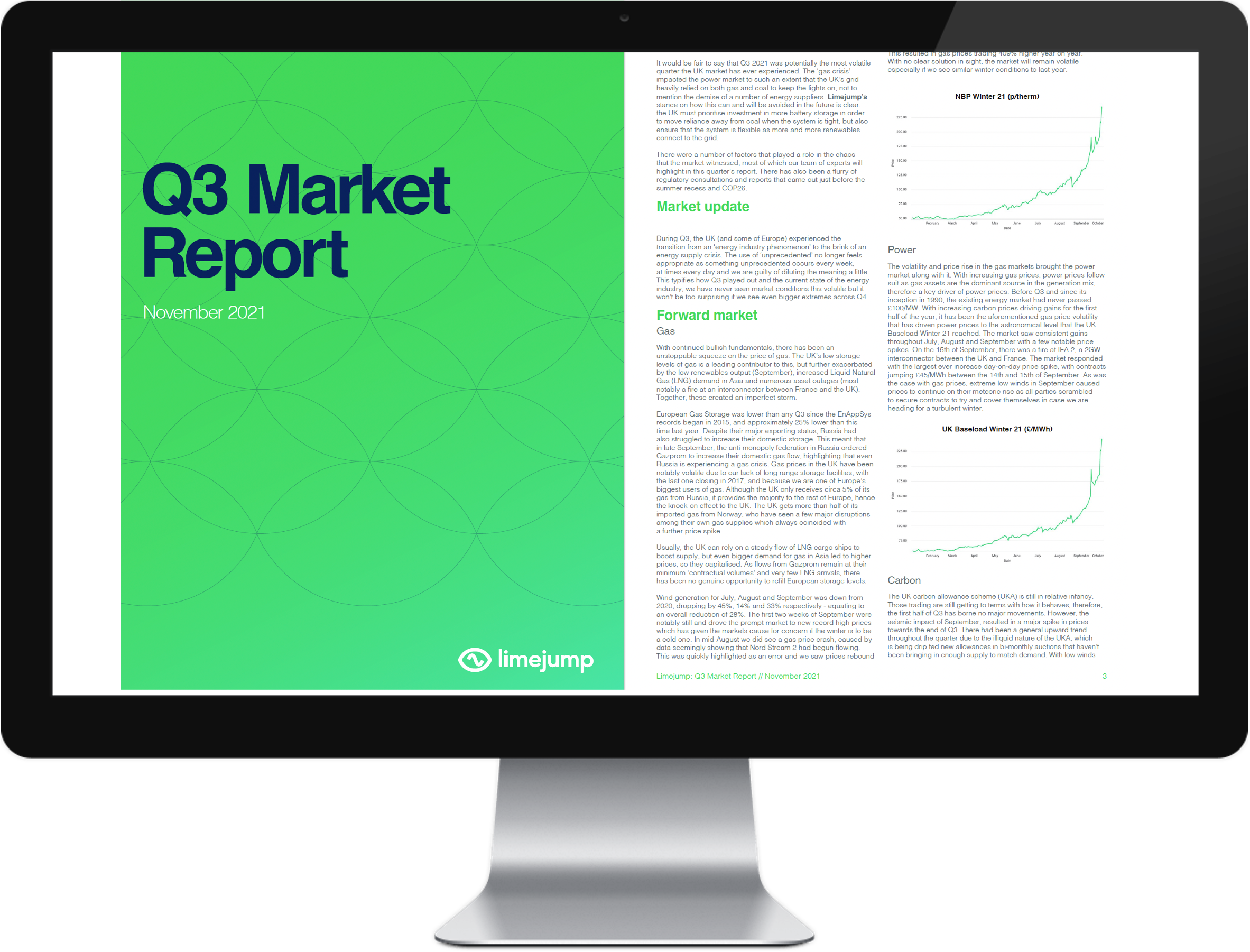