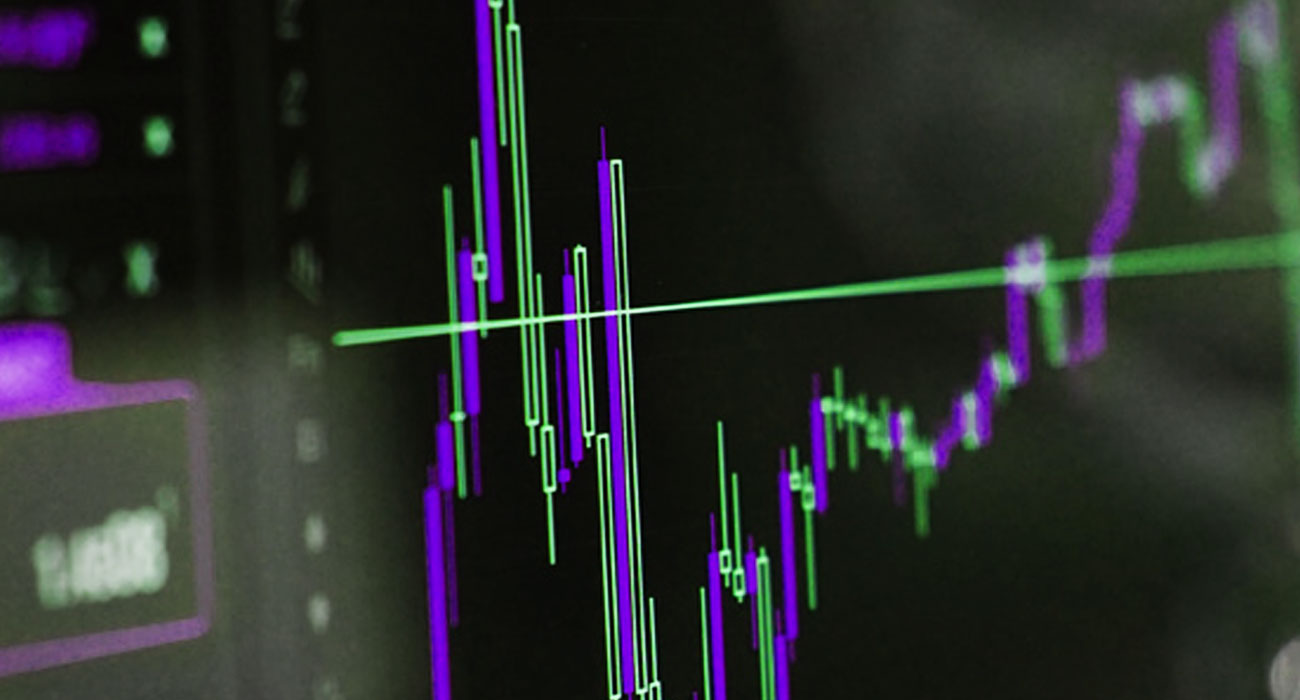 UK power prices are under constant pressure from both local and international forces. In this post, we look at a number of the major influences that can affect the UK energy landscape.

In the final quarter of 2018, LNG spot prices in Asia fell due to a diminishing demand as buyers restocked after the summer and became well-hedged for the coming winter. Decreased demand in Asia has resulted in vessels transporting LNG to Europe, which has dampened prices as more gas is available on the market. In fact, the latest Bloomberg reports from China suggest that after the Lunar New Year break, PetroChina is looking to sell their oversupply of LNG back to Europe.

Meanwhile, rates paid for shipping LNG have tripled between Q1 and Q4 2018, from $70k to $220k per day, before falling back towards $150k towards the end of the year. The price rises are due to an increase in average voyage distances, which has in turn been caused by new supply from the US being located further from demand (primarily in Asia), meaning that ships are tied up for a longer period of time delivering each cargo.

Higher charter rates typically result in cargo flows into Europe, which has a shorter delivery route compared with Asia, and has been an important element in ramping up European LNG imports since the final quarter of 2018.

However, as gas is in healthy supply across Europe, prices have fallen. If demand rises again in Europe, such as another prolonged cold spell, there may be even more demand for shipments to divert from Asia, increasing prices due to costs incurred.

The first few weeks of 2019 have been influenced by both unseasonably mild weather conditions that have been then shocked by snow bomb patterns. Last year there were fears that there would be a gas shortage this winter. High power demand caused by temperature extremes during both winter and summer, coupled with the lack of storage infrastructure in the UK following the closure of its largest facility at Rough, left the country more reliant on imports and vulnerable to short-term spikes from issues such as power station outages.

At the start of winter 2018, we observed a higher than usual risk premium added to prices as gas suppliers were willing to pay a higher price to secure volume ahead of time as uncertainty arose around the European gas system’s ability to survive a prolonged cold period. This combined with other concerns regarding sudden outages of power stations and the potential for limited Nuclear availability in Belgium could have stressed the system further. However, as seasonal trends become clearer, this risk eroded, and the premium fell.

As the majority of winter has been marked by a lack of distinctly cold weather, the UK has not yet had to dip into the limited gas reserves or require higher than usual imports as feared. The short-term volatility that often charac 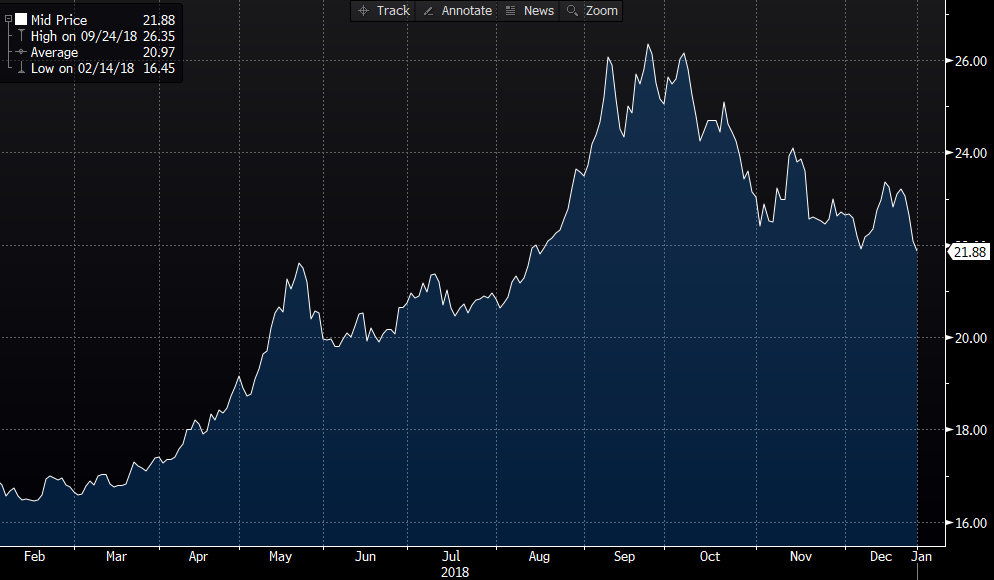 terises the start of winter has reduced in forward contracts for power and on the Day Ahead Auctions, where trading takes place one day before delivery of electricity. However, at the end of January, winter began to bare its teeth as a cold snap moved in. While the current cold spell has not lasted, colder weather is potentially forecast during the remainder of winter which could change the so-far bearish price patterns seen this winter. Just a few weeks ago, we experienced the highest demand peak this season and current forecasts point to even colder spells in the coming months and then potentially demand spikes.

UK gas spot prices – known as the National Balancing Point (NBP) – have remained relatively stable since mid-September, with the exception of a few spikes related to short-term concerns which included a boat collision in Norway that disrupted flows.

It is important to note last year’s general upward trend for gas prices for delivery in 2019. This began last spring, due to Europe ending winter short of gas, and continued through the hot summer, where a significant need for air conditioning meant that demand did not tail off. Operators attempted to refill stocks but had to increase prices to compete with Asian demand for LNG cargo, where demand was also high to fuel air-conditioning during a very hot summer and stores were considered undersupplied before winter.

All eyes will now be on the remainder of winter. If we experience another cold spell, with low wind generation, this could add significant pressure to gas and power prices, which would reignite the fears of many traders surrounding a gas shortfall, especially if we experience a drop in temperatures during the rest of winter.

Although traditionally low carbon prices have caused the commodity to be less of an important driver in setting power prices, it does have an impact. As coal and gas power stations in the UK participate in the EU Emissions Trade System (EU ETS), meaning they have to buy carbon credits, known as European Union Allowances or EUA, to cover the emissions from their power generation. A high carbon price increases the short-run marginal cost of a power station, so as carbon prices rise, operators increase their power prices to reflect the price they need to sell to make a profit. 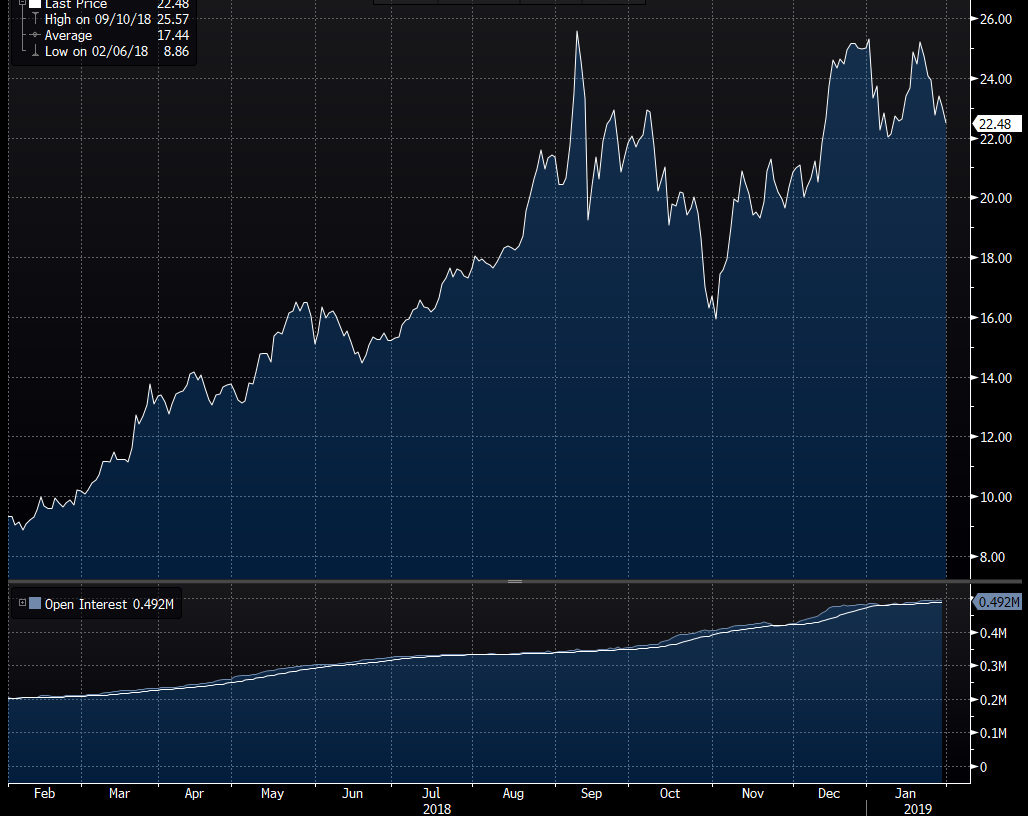 EUAs have been trading at relatively low levels since the global financial crisis as the EU increased the number of carbon units available for auction to help relieve pressure on business. However, these are gradually being removed from the system and the falling supply has increased prices. In 2018, EUA’s trebled in price, becoming one of the best-performing commodities of the year. It has become quite appealing to trade speculatively since buying it is mandatory for many businesses. It also does not require physical storage, just a repository. Current price points are some of the highest in the past two years and indications are that this will continue on an upward trend.

However, the market is still subject to high volatility as during the last few months, prices have moved to a low of €15.62/tonne on 1 November, risen to €24.26/tonne in December and are now around the €23 mark. This is a reflection of decreasing ‘open interest’; the amount of open Carbon Option contracts, which resulted in a consequent price rally as option holders closed out their open positions to reduce their exposure to the final carbon settlement price.

Overall, EUAs have surged 195% in the past 12 months. Some market analysis suggests that the carbon price for Dec -19 delivery should hover around the €25/tonne mark for some time, others expect it to rise to EUR 40/tonne in the remainder of the first half of 2019. However, the rally in 2018 was not forecast by many, so medium to long term carbon price predictions vary significantly.

UK political debates surrounding Brexit continue to impact foreign exchange rates. Since most commodities are procured in Euros or US dollars, a weak pound increases power price. If the UK leaves the EU with no deal, the pound is likely to lose value compared with all other major global currencies, and power prices will rise.

The UK could also leave the EU ETS, which would lower the cost of carbon significantly, as UK-based emitters would have to sell their surplus EUAs into the market, which would create an over-supply. The Treasury has already said that if the UK leaves the EU ETS, it would impose a unilateral carbon tax of £16/tonne on electricity generators.

Proposals in the current deal on the table would likely see the UK remain in the EU ETS until the end of the transition period, scheduled for 31 December 2020 (though this could be extended to 31 December 2022). After this, it is not clear what will happen. The UK could introduce a form of carbon tax, or link a UK emissions trading scheme with the EU ETS. The impact on the pound if a deal goes ahead is uncertain, but it could strengthen slightly as the risk of a no-deal market would be taken out of the market.

However, the impacts of a weak pound could be balanced out by lower oil and LNG prices if damp global economic sentiment, sparked by fears over trade conflict, continues to prevail.

Along with carbon prices, it is likely that foreign exchange prices will remain volatile. Of the date of this article’s publication, GBP recently dropped then stabilised due to the latest Brexit announcement, however, the GBP is in a much stronger position than in previous months due to the rejection of Theresa May’s original Brexit plan. The sentiment that has created this strength is based on the forecast that there may be a delayed event or even no Brexit. The effect of this volatility will flow through to forward power contracts, but it is important to note that these changes can be short-lived and will develop due to the Brexit negotiation outcomes. Watch this evolving story.

The increased energy generation from wind impacted power prices in Q4 2018 and we have seen this continue in 2019. Wind and solar energy operators have no fuel costs, meaning that they consistently depress power prices. In particular, offshore wind capacity grew by 1.8GW or 30%, outweighing reduced wind speeds over the quarter, according to the latest government statistics.

On 18 December, Balancing Mechanism Reports showed that onshore and offshore wind farms hit a new high of 15GW, providing 34.7% of electricity needed during the peak evening demand. This bested the previous record set by wind energy only in November, of 14.9GW on 28 November, and 14.5G on 9 November. Gas provided 12GW of electricity that day, while coal was down to 2.4GW.

With this number of factors influencing markets and prices, the best solution is to discuss your position with our Limejump experts. With extensive trading knowledge, market-leading analytical ability and a technology first approach through the Virtual Power Platform, they can help plan a strategy that will optimise your assets and take advantage of market opportunities.

A new wave for hydro

The Fortnight in Flexibility: Disruptive CCGT and extreme imbalances paint the picture of the past two weeks

The week in flexibility: An intraday rollercoaster before an oversold end of the week and an unexpected nuclear shortage

The week in flexibility: Festive flexibility drives markets with a blustery start to the new decade