Brexit Update
As you know we are due to leave the EU on the 1 January 2021 and it stands this is likely to be without reaching a deal. So, what does this all mean for the power market?

Trading on the interconnectors with Europe is currently ‘coupled’ which means that transnational electricity trading and the necessary transport capacities are connected via so called implicit auctions. This ensures the most efficient use of interconnectors as energy flows to the country with the highest price. When GB leaves the EU, these markets will become de-coupled so electricity and capacity will be traded separately. This is likely to lead to more volatile market prices and opportunities to sell when prices are high.

On 20 October one of the Power Exchanges, Nord Pool, announced that as part of the de-coupling it was moving its Day Ahead auction to 9:50am rather than the current 11:00am auction. EPEX the second Day Ahead auction that currently runs in conjunction with the Nord Pool auction has announced on the 4 November that their auction will move to gate closure at 9:20am and results published at 9:30. We are working with the Regulators ahead of 2021 to ensure we can accommodate all changes and will keep you informed.

Another impact of leaving the EU without a deal is that we will leave the European carbon scheme, ‘EU ETS’. Under this scheme the EU set a cap on greenhouse gas emissions which is reduced over time. Companies both receive carbon allowances and can trade them. In addition to the EU ETS, GB currently has a tax known as the Carbon Price Support. Post Brexit, the GB government has a preference for a UK version of the scheme linked to the EU ETS to keep alignment. It is also considering a stand alone UK ETS, with a price floor of £15/tCO2 or a third solution of no scheme and to convert into a tax.

The uncertainty around carbon means we could see power price volatility until an announcement.

TERRE
In our last update, the Trans European Replacement Reserve (‘TERRE’), which was designed to allow the GB market to participate in the European balancing market, was delayed until October due to COVID19. On 4 September it was confirmed that the GB participation will depend on what agreement is reached with the EU and on 6 November OFGEM asked National Grid to consider options for January 2021. We will let you know if this market opens up post Brexit.

Charging
There are two big reviews of Network charges underway. The first of these is the so-called Targeted Charging Review under which Triad-based charges will be replaced by fixed charges from April 2022. National Grid has now published their first view of these charges in their recently published 5-year view. Charges are on a charge per site per year basis depending on region, connection voltage, banding and import capacity or annual consumption. These changes will take effect from April 2022. This review does not change the Embedded Export Tariffs which were already being scaled back, this is one of the key triad revenue sources for Limejump’s embedded generation customers. Therefore embedded generation in certain zones will continue to receive these benefits.

The second Network charging review known as the ‘Access and Forward Looking Charge Review’ is currently under consideration by OFGEM who has recently shared some of their emerging views which they will finalise next year for implementation from April 2023. The review looks at access agreements for the Transmission and Distribution connections as well as a review of Distribution Use of System Charges.

BSUoS (Balancing System Use of System)
Due to actions taken during COVID19 to manage the electricity system, BSUoS costs increased. Since we last wrote OFGEM approved another urgent modification to cap BSUoS at £10/MWh (previously capped at £15/MWh) and extended the period of the cap until 25 October 2020. This means that any increase in BSUoS embedded benefits paid to low voltage connected assets is also restricted to the cap. As a reminder, the embedded BSUoS benefit comes to an end from 1 April 2021. This means you will no longer receive BSUoS payments from this date.

As part of a wider review, OFGEM requested a BSUoS Task force to review the allocation of BSUoS costs. They recommended
BSUoS costs are no longer charged to high voltage (Transmission connected) assets and instead are just charged to final demand customers. OFGEM are currently reviewing the proposals. If they accept the proposal it will help high voltage assets compete with
Interconnectors, who don’t currently pay BSUoS. It would also put downward pressure on market prices as high voltage assets
would not need to recover the charge. Implementation not before April 2023.

COVID19 – key points
The renewable turn-down product, ODFM, introduced this summer, was a temporary product which finished on 25 October. National Grid and the market are working to set up an enduring solution in advance of next summer. This product represents an additional revenue stream for low voltage connected assets. In the summer, OFGEM also passed a modification (known as GC0143) which gave temporary powers to National Grid to instruct the local networks to disconnect embedded generation in an emergency. This power is also being set up as an enduring solution with full market consultation and is expected to go live in April 2021.

The Government has embarked on a ‘Build Back Greener’ campaign where it puts renewable generation and decarbonisation
at the heart of helping to stimulate the economy. This was kicked off on 6 October when Boris Johnson announced a commitment to 40GW of offshore and 1 GW of floating wind by 2030, £160m for connection infrastructure and a doubling of capacity in the Contract-for-Difference scheme. We are expecting additional announcements from the Government in the much anticipated (and delayed) Energy White Paper, expected sometime soon.

So what do we expect over the coming winter? National Grid published their ‘Winter Outlook’ paper in October which provides
their view of what to expect over the coming winter. Even adjusting for a possible reduction in demand and the uncertainty surrounding Brexit, they are still forecasting a comfortable margin. This means they expect to be able to have the necessary products to balance the energy position over the winter.

Triads – the story so far this winter 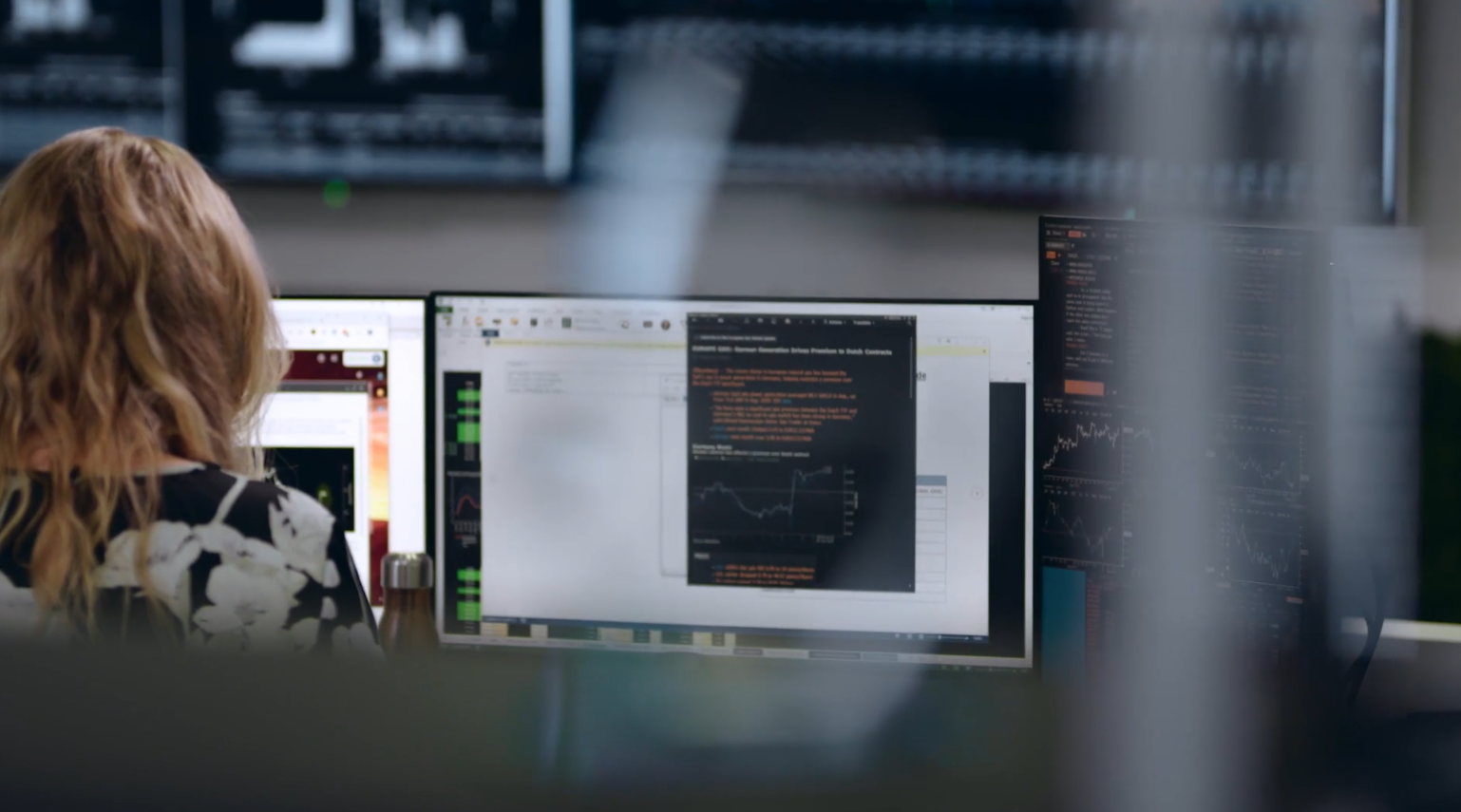 Energy forecasting: How can we predict renewable generation?